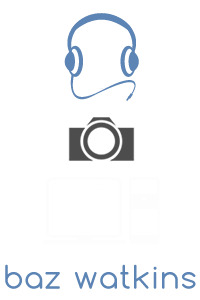 My thoughts about the future of the Aberystwyth Bandstand.

With all this talk about the bandstand, aren't we losing sight of the slightly bigger picture? Yes, the old dear survived the battering with barely a few bits of peeling paint to show for the ferocity of the 2014 storms, but as a tool for public use, it hasn’t been used by people in large enough numbers for many years. 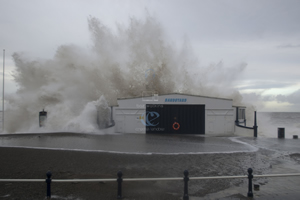 I am not an advocate of getting rid of it, but maybe it is worth building alongside it, building something more useful, something that can handle visitors, gigs, even small conferences?

All we need to do is make sure the design is either a) in keeping with the history of the prom , or b) wildly the opposite as to create a desire for people to come just to see it for its architectural design, and the views it affords i.e. not a carbuncle, and purposeful.

As a resource the prom is underutilised and a bit unloved if truth be told, it needs a bit of sprucing up, and something new would bring commerce to the town in some small way (Having fancy paving really doesn’t cut it as an attraction). Maybe we could build a new Kings Hall, and annex it to the bandstand in some way?

I do not know what the right answer is, but the prom needs to earn its keep, just like the rest of town, so the bandstand (and the prom in general) needs to be developed to utilise its prominence. The bandstand is a remnant of a bygone era and should be praised for its longevity, but it is now outmoded and needs a proper rethink. 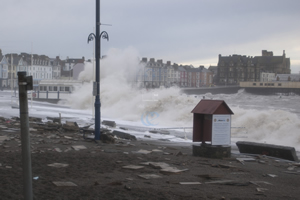 On a second point, as a small business owner (create-enable dot com) living in Aber, any money that has to be spent on thinking, researching and designing alternatives should be spent in and around the area. Giving the money to Cardiff is pointless unless they can fully grasp the needs of the town, and any final decision needs to be voted for with Aber public’s involvement where possible.

Finally, just because something survives a storm, and because it once had an integral part to play in the town, does not mean it should survive the economic reality around it. The prom needs to earn its keep, and as prime real estate, whatever happens to the bandstand in whatever guise it must generate valuable income for a town slowly killing itself with poor governance, economic indecision and stupidity.

Thanks for reading, and soz for the rant. If you agree or disagree, great, please voice your opinion, and maybe something good will come from the discussion.